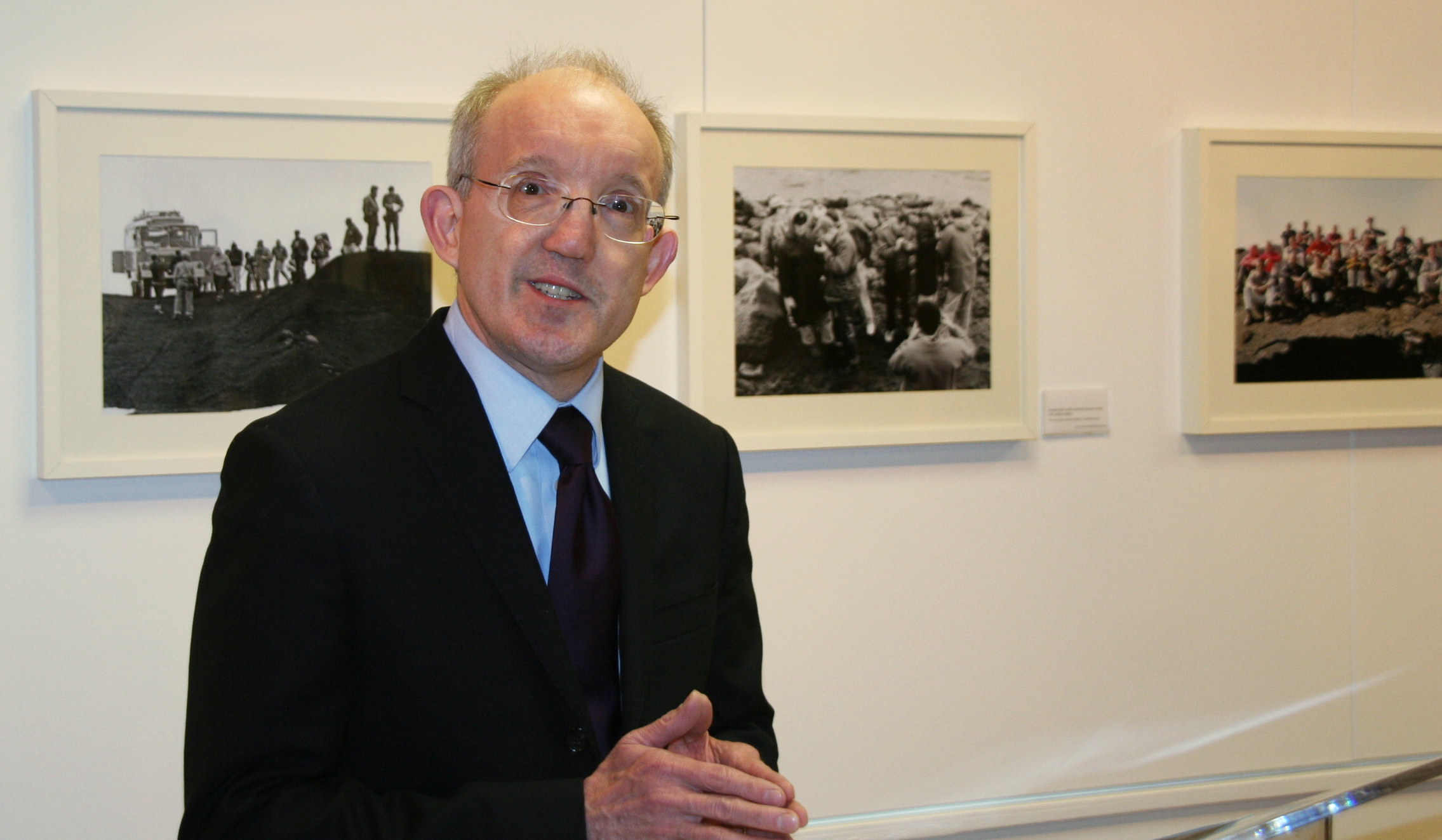 Thank you, Sigrún. And thank you Örlygur who conceived this exhibition.

Good afternoon everyone. Thank you for inviting me to be a part of this wonderful event that recognizes a shared moment in U.S.-Icelandic history: the experience of America´s Apollo astronauts in Iceland in the 1960s as they prepared for their historic missions.

On behalf of the United States Embassy, let me congratulate you on this exhibition. Thank you for documenting this important aspect of the Apollo mission´s history.

On May 25, 1961, President John F. Kennedy announced his support for the Apollo program to the U.S. Congress. He said: “I believe that this nation should commit itself to achieving the goal, before this decade is out, of landing a man on the Moon and returning him safely to the Earth. No single space project in this period will be more impressive to mankind, or more important in the long-range exploration of space; and none will be so difficult or expensive to accomplish.”

Half a century ago President Kennedy´s bold vision fueled a spirit of American innovation and optimism that my countrymen still hold dear. The space program captured the interest and imagination of Americans and of people around the world. After President Kennedy´s announcement in 1961, the scientific community united to pursue his goal.

Unknown to most Icelanders, the future Apollo astronauts came here in 1965 and 1967. They studied geology and practiced collecting samples under the guidance of Icelandic and American geologists. Nine of the twelve men who set foot on the moon between 1969 and 1972 came to Iceland to train.

Who can forget the photo or the grainy video of Apollo astronauts walking on the moon? We each have our own memory of the first moon landing. I remember watching it late one summer night and being amazed.

It was truly an unbelievable event. So unbelievable that my grandmother thought the moon landing was not real, but had been a Hollywood creation. She died years later never believing that man had walked on the moon.

Beyond the achievement of landing on the moon, the Apollo program and its predecessors produced an array of scientific accomplishments. They include technologies that improved kidney dialysis and water purification systems; sensors to detect hazardous gasses; energy-saving building materials; and fire-resistant fabrics that firefighters and soldiers use.

On a personal note, my daughter was born prematurely. She is alive today because of medical advances resulting from the Apollo program. The enormous investment of that decade in science and technology, as well as in education and research, produced a great outpouring of curiosity and creativity with innumerable benefits.

Today, Americans and Icelanders continue to share a spirit of innovation and cooperation. Experts from the United States and elsewhere come to Iceland to learn more about geothermal and other clean energy sources. American businesses are attracted to Iceland for its affordable and clean energy as well as its highly educated workforce.

Last year, over 400 Icelandic students studied in the U.S. Every year the joint U.S.-Iceland Fulbright Commission pays for six Icelanders to study in the U.S. and many of them pursue technical degrees. Nearly a dozen American Fulbright scholars come to Iceland every year. Many pursue research in natural history or energy.

Next month, when a U.S. airline starts direct service from New York to Keflavik, Americans and Icelanders will have one more means to visit each other’s countries. Like the Apollo astronauts who came to Iceland in the 1960s, Americans will continue to visit Iceland with a sense of awe for its inspiring, natural, and unique beauty and appreciation for its friendly and welcoming people.

Having driven from Reykjavik through southern and eastern Iceland to reach Húsavík today, I can personally attest to the beauty of this country, the hospitality of its people and the unpredictability of its weather.

Thank you again for Iceland´s assistance to the Apollo mission. Congratulations on this excellent exhibition.