American Apollo 17 astronaut Harrison Schmitt, Australian around the world sailor Jessica Watson and British exploration historian Dr. Huw Lewis-Jones have been awarded the Leif Erikson Exploration Awards by The Exploration Museum. The museum is located in the town of Húsavík on the northern coast of Iceland, thirty miles from the Arctic Circle. It is dedicated to the history of human exploration, from the early explorers to the exploration of space. The awards were announced this week at a press conference at the museum.

The Leif Erikson Exploration Award
Awarded to an explorer for a recent or a lifetime achievement in the field of exploration.

For his scientific work on the surface of the Moon in 1972, and for his part in the geology training of all the astronauts that walked on the Moon before him, astronaut Harrison Schmitt is awarded The Leif Erikson Exploration Award.

The Leif Erikson Young Explorer Award
Awarded to an explorer under the age of 35 for great achievements in exploration.

Australian sailor Jessica Watson is awarded The Leif Erikson Young Explorer Award for her 210-day voyage around the world, from October 2009 to May 2010. When she arrived back in Sydney on May 15, she became the youngest person to have completed a non-stop and unassisted southern hemisphere solo circumnavigation, at the age of 16. An inspiration to both young people and adults around the world, Jessica does regular talks about exploration and her voyage. She tells her story in the book True Spirit.

The Leif Erikson Exploration History Award
Awarded to a person or an organization that has worked to promote and preserve exploration history.

For his commitment to the history of exploration, polar guide Dr. Huw Lewis-Jones is awarded the Leif Erikson Exploration History Award. The author of many acclaimed books, his work has been published in more than a dozen languages. His heritage activity and writings on visual culture, photography and film, seafaring, mountaineering, and remote environments has earned his subjects wide international attention. His next book, Across the Arctic Ocean, is published this year by Thames & Hudson in London and New York.

The Mercury, Gemini, and Apollo programs were deeply complex and continuous exercises in risk management. To accomplish so much, in less than a decade, took ingenuity, strong scientific discipline, a relentless test regimen, great personal sacrifice on the part of thousands and no small amount of luck.

Luck was certainly with Apollo 11, and my father was fortunate enough to spend over 2 hours on the surface of the Moon — and much of that time was spent gathering lunar samples — a task that required a substantial amount of geological training and knowledge that he received here in Iceland among other places.

Fifty years ago this month, a group of Apollo astronauts arrived in Iceland for a week of geology training. A second field trip was made in 1967. For two weeks in July 2015, astronauts from these groups have again spent time in Iceland, revisiting the same training areas and other natural phenomena found on the island, located in the middle of the North Atlantic Ocean.

During this latest visit to Iceland, the astronauts also got the chance to explore the new lava flow at Holuhraun, the site of a volcanic eruption which began on 29 August 2014, lasted for some six months and produced a lava flow of more than 33 square miles, the largest in Iceland since 1783.

It was very special to be back in Iceland after all these years.  Hard to believe; half a century has passed!  It was a great reminder of the wonderful friendly people of Iceland, somewhat typified by the fact that our hosts had gotten hold of the very same old Mercedes bus that had carted us out to the remote geologic sites 50 years before… and employed it to do so again!  Not only that, but the very capable and informative bus driver was the grandson of the bus driver we had 50 years ago. Now that’s not only interesting, but mindful!”
– Rusty Schweickart, Apollo 9 Astronaut

Harrison Schmitt who explored the lunar surface during the Apollo 17 mission arrived in Iceland on July 5 and a week later, Walter Cunningham of Apollo 7 and Rusty Schweickart of Apollo 9 arrived with their wives. They were joined by NASA astrogeologist Dr. Jim Rice and the family of the late lunar explorer Neil Armstrong.

“I have walked on the moon a second time,” Harrison Schmitt said, smiling to the group after walking on the new lava flow, still to be explored in detail.

The trip was organized by The Exploration Museum in the town of Húsavík, Northern Iceland. On July 15th, the grandchildren of Neil Armstrong, Kyle, Bryce, Lily, Oks­ana, Andrew, and Kali, unveiled a monument outside the museum, honoring the 32 astronauts that trained in Iceland in 1965 and 1967, seven of which later later walked on the Moon. Last week, during a visit to the training area at Nautagil in the Northeastern highlands of Iceland, Armstrong’s grandchildren also got the chance to play the Moon-game, a game developed by the geology instructors to get the competitive astronauts who usually look towards the skies, to look down at the surface geology.

The museum had previously been visited by Apollo 8 astronaut Bill Anders and SkyLab and Space shuttle astronaut Owen Garriott.

The expedition to the Icelandic highlands and the Holuhraun lava flow was led by geophysicist and polar explorer Ari Trausti Guðmundsson and The Exploration Museum director Örlygur Hnefill Örlygsson.

In this video: Neil Armstrong's grandchildren, Kyle, Bryce, Lily, Oks­ana, Andrew and Kali, unveil the Astronaut Monument in Húsavík on July 15, 2015. In all, 32 NASA astronauts were sent to Iceland in 1965 and 1967 to study geology as part of the Apollo program.

On April 6, 1985, Sir Edmund Hillary, the first man to scale Mt. Everest, Neil Armstrong, the first man on the moon, Steve Fossett, the first to fly a balloon around the world, Patrick Morrow, the first to climb the highest peaks of all seven continents, and a few others, stood together on the North Pole. The trip was organized by explorer and adventurer Mike Dunn. 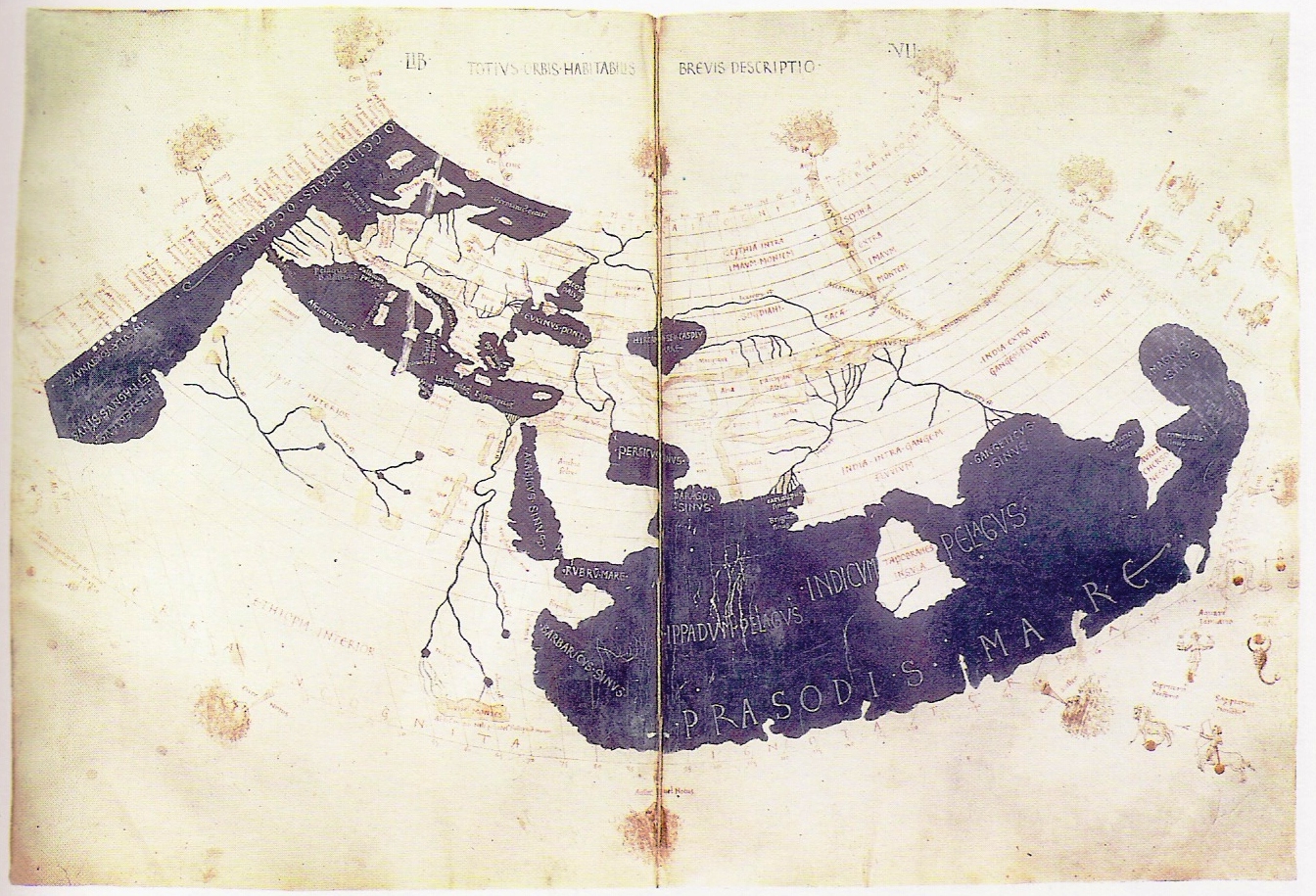 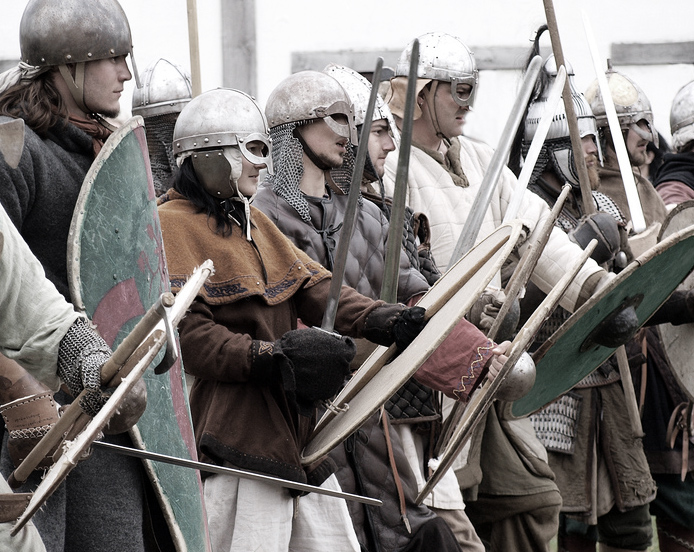