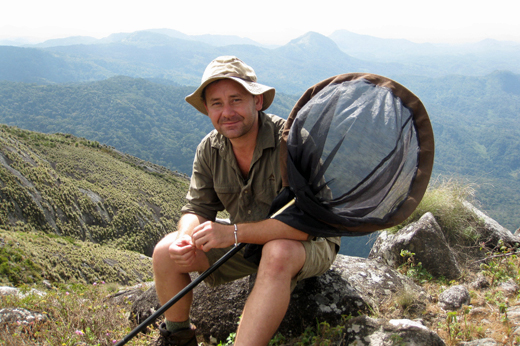 “If you close your eyes and think about exploration, what images are conjured up in your mind? A Victorian gentleman perhaps, bedecked with khaki overalls, explorer’s hat and an extravagant moustache. You probably would not imagine someone sitting at a computer, intently focused on Google Earth,” Sarah Rakowski from Fauna & Flora writes on the organization’s website. But as it turns out, that is exactly how the forest on Mount Mabu, Mozambique, was discovered.

Discovered in 2005 and often referred to as the Google forest, this giant rain-forest in the mountainous north of Mozambique was known only to local villagers; it did not feature on maps nor, it is believed, in scientific collections or literature.

Using Google Earth, Dr. Julian Bayliss discovered the hidden rain-forest and more than a dozen new plant and animal species. But for Dr. Bayliss and the Fauna & Flora organization, the journey is far from over. Their team is currently working together with the government in Mozambique to create a long term conservation strategy that will protect Mount Mabu and benefit the local community.