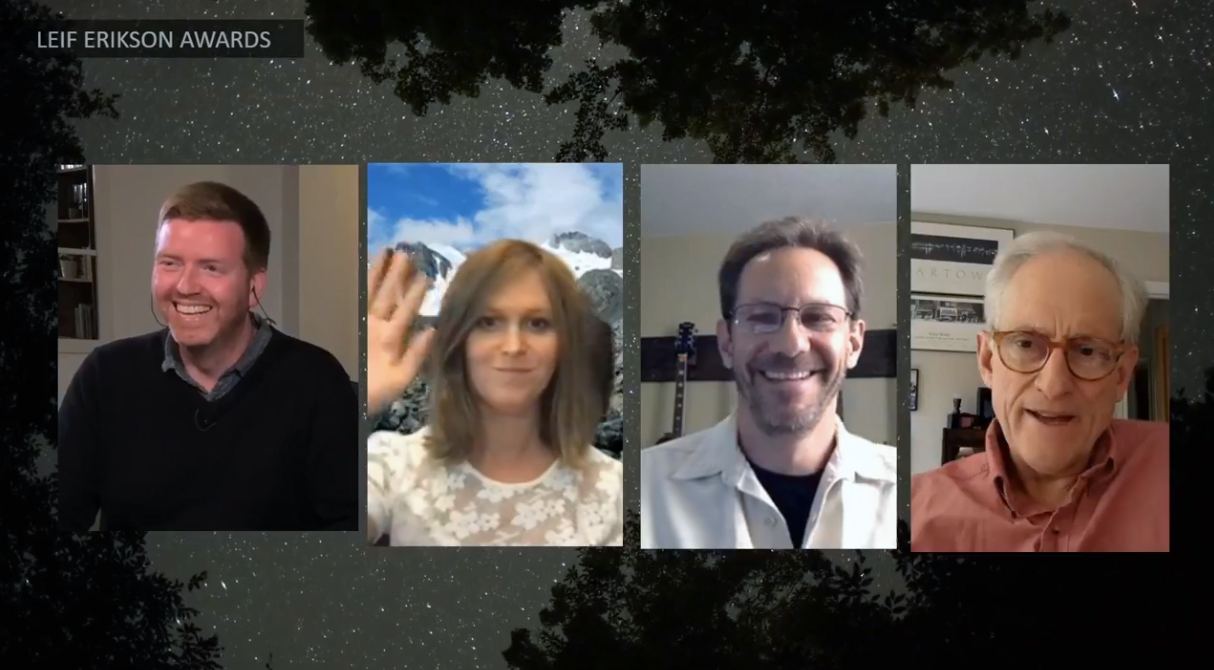 The awards ceremony was held Aug. 15 in Húsavík, the main and final event of the annual Húsavík Explorers Festival.

The Leif Erikson Exploration Award, recognizing an explorer for a recent or a lifetime achievement in the field of exploration, goes to George Kourounis, Toronto, Ontario, who explores and documents extreme natural events, working with scientists or local experts. He has also documented many forms of severe weather, including tornadoes, hurricanes, blizzards, floods, hail, and lightning.

The Leif Erikson Young Explorer Award, awarded to an explorer under the age of 35 for great achievements in exploration, goes to Dr. Ulyana Horodyskyj, Broomfield, Colorado, recognized for her work as a science communicator. Horodyskyj is passionate about inspiring others to become involved in glaciology, geology and astronomy. She is the founder of Science in the Wild, bringing citizen-scientists into the field.

The Leif Erikson Exploration History Award, which recognizes a person or an organization that has worked to promote and preserve exploration history, was bestowed upon Jeff Blumenfeld, editor and publisher of Expedition News, who for 26 years has chronicled both worldwide expeditions and adventures.   Blumenfeld, from Boulder, Colorado, has devoted his career to documenting exploration and helping new explorers gain funding. He is a longtime Fellow of The Explorers Club and served as the club’s communication director. His books include Get Sponsored: A Funding Guide for Explorers, Adventurers and Would-Be World Travelers, and Travel With Purpose: A Field Guide to Voluntourism.

Skyrora Ltd., a private space company from Scotland founded in 2017, received the Leif Erikson Lunar Prize for their work developing innovative high-grade fuel made from waste plastics designed to minimize the environmental impact of rocket launches.

The museum is located in the town of Húsavík on the northern coast of Iceland, 30 miles from the Arctic Circle. It is dedicated to the history of human exploration, from the early explorers to the exploration of space. Husavik is featured in the Will Ferrell film Eurovision: The Story of Fire Saga, currently streaming on Netflix.

The awards are named for Icelandic explorer Leif Erikson, considered the first European to land in North America and who, according to the Sagas of Icelanders, established the first Norse settlement at Vinland, tentatively identified with the Norse L’Anse aux Meadows on the northern tip of Newfoundland in modern-day Canada.

Founder and director of The Exploration Museum